Are you ready for the independence that comes with your driver license? Learning to drive is exciting and challenging. We know this experience can also be stressful. We’re here to help!

This section of our website is devoted to teen drivers and their parents. Let us guide you through the process and help you build a lifetime of safe driving habits. 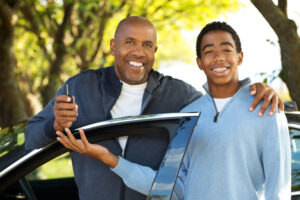 Before you get behind the wheel, take some time to prepare for success.

Be A Smart Passenger

You may not realize it, but being a smart passenger can help you prepare to be a smart driver.

It’s important to maintain good grades to keep your auto insurance costs down. Most insurance companies offer lower rates for teen drivers who have a “B” or higher grade average. Your good grades today will help you save money later!

Learn As Much As  You Can

There are many helpful resources available to prepare you for a lifetime of safe driving. Here are a few that we recommend:

Florida requires you to complete a three-step process, called Graduated Driver Licensing (GDL), to obtain your first driver license. This process is designed to help you safety gain driving experience under low-risk conditions before obtaining full driving privileges. These laws outline limits and restrictions for new drivers aged 15 through 17. Florida’s GDL laws will help you gradually and safely build your skills and experience – from basic to advanced – in all kinds of road conditions. Teen drivers and their parents or guardians must fully understand and comply with these laws. 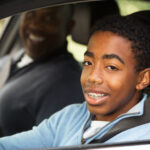 Getting your Learner’s License is just the beginning of this fun and exciting process! Make sure you understand each requirement and Florida Graduated Driving Licensing (GDL) laws for obtaining your Learner’s License. If you have not downloaded our free study app called “In the Driver’s Seat,” download it today from the iOS App Store or Google Play.

Obey all Florida GDL laws including: 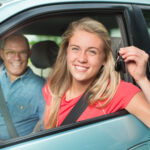 At ages 16 and 17, you can obtain your restricted driver license if you have successfully completed the Learner’s License process. Driving is restricted to certain hours based on your age.

At any other time, 16 and 17 year old drivers must be accompanied by a licensed driver at least 21 years old in the closest seat next to the driver, or be traveling to or from work.

At 18 years old, there are no restrictions on driving hours. You can obtain a full unrestricted driver license if you have had no major traffic convictions during the previous 12 months. Such violations include driving under the influence, drag racing, and reckless driving.

When you’re behind the wheel of a car, you are responsible for your actions. Many new teen drivers have crashes, and the consequences — both legal and personal — can be serious. You could kill someone, be killed or seriously injure yourself, loved ones or others. Doesn’t it make sense to be taught how to drive by a professional?

What Driver Education Teaches You

Find a Driver Education Program That’s Right for You

All first time drivers in Florida must take a Traffic Law and Substance Abuse course and a written exam to receive a learner’s driving permit. 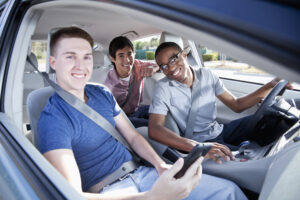 Newly licensed teens are involved in many more accidents than older, experience drivers. These are the most common trouble areas for young drivers.

Research is clear on the fact that risky teen driving behaviors increase in the presence of teen passengers. A teen who is driving with other teens in the car is more likely to crash. And the more kids in the car, the greatly the likelihood of a crash. Avoid driving with your friends until you have more experience behind the wheel.

Unfortunately, teens buckle up less frequently than adults. Recent studies show that belt use among teens is the lowest of any age group, just 76 percent compared to 85 percent. The majority (58 percent) of 16 to 20 year olds killed in car accidents were not wearing their seat belt. Always wear your seat belt and insist on your passengers wear theirs!


Teens are at far greater risk of death in an alcohol-related crash than the overall population. Any driver under the age of 21 who has a blood alcohol level of .02 or more will automatically have their driving privilege suspended for six months. It is illegal for any teen to possess or consume alcohol in Florida.

Teen drivers who sleep less than 8 hours a night are 33 percent more likely to crash than teens who sleep more than 8 hours. This lack of sleep results in depressive moods, more risk-taking behaviors and lower grades. It also reduces your ability to process information, be attentive and have good reflexes. Being well-rested is critical to safe driving. Remember to get plenty of rest when you’re learning to drive or are a newly licensed driver! 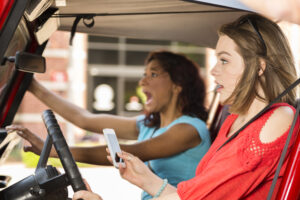 Your primary responsibility when you are behind the wheel is to focus on safe driving. Any behavior that distracts from that activity increase the rish of collision. The dangers of distracted driving are increasing every year.

There are different types of driver distractions, including: visual (taking eyes off the road), manual (taking hands off the wheel) and cognitive (mind not on driving). Texting is one of the most dangerous driver distractions since it involves visual, manual and cognitive distractions. However, texting is not the only distracted driving behavior; other dangerous driving distractions include putting on makeup, tending to children in the backseat, eating, tuning the radio, checking GPS navigation and even daydreaming.